Enroll Your Child in Our Early Education Programs

Get in Touch With Us

Give Your Child the Resources and Tools They Need to Grow

At The Apple Tree School in Houston, our preschool program provides a strong foundation for the personal and academic growth of two, three, and four year old children. Our private, early education center provides a comfortable environment where our world-class instructors teach students the basics of colors, numbers, language and literacy, and more. Like all of the programs at The Apple Tree School, our preschool curriculum goes beyond academics to help students develop a positive sense of self and wholesome, Christian values that will serve them well as they continue their education. Ready to learn more? Get in touch with us today! 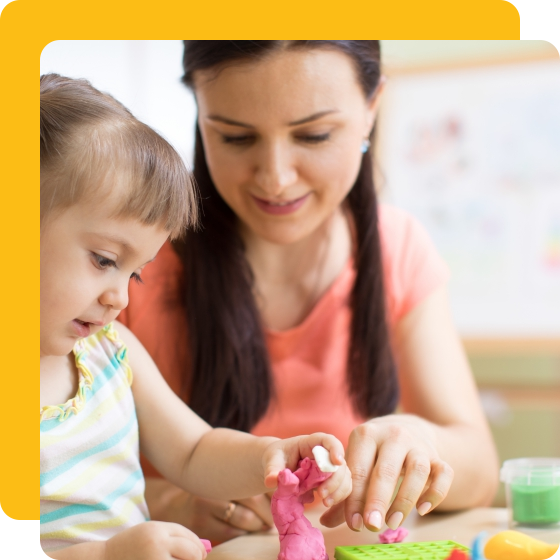 In Our Preschool Program, Your Child Will Learn:

In our early childhood education program for toddlers your little one will begin to learn their colors, numbers 1-5, new words, lots of songs and rhymes for promoting language and literacy, and your child will be exposed to the idea of the rest of the world, and the state of Texas. 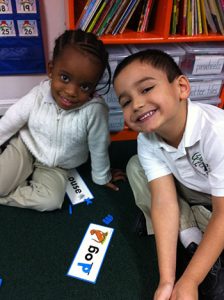 Our early childhood education program for two-year-olds your child will start to learn about the world they live in. They will learn numbers 1-25, their shapes and colors, recognize the numbers 1-10,  be further introduced to ideas of the seven continents and the state of Texas. They will also learn Presidents George Washington and Abraham Lincoln. We make sure to read them books and learn songs and rhymes to encourage early language development. Most importantly they will be around other children of their similar age range making friends and developing social skills, cooperation, and coordination.

For three-year-olds your child will learn names, sounds, and pictures of all the letters of the alphabet, learn to recognize and write their names, count 1-50, recognize numbers 1-15,  and learn the seven continents, United States, presidents, world leaders, and inventors. Here, language development continues as we introduce them to books, learn songs, rhymes, and Bible verses.

Our four-year-olds learn to recognize vowels and consonants, to blend two letters together and to sound out one-vowel words, count from 1-100, recognize 1-20, distinguish before and after numbers, answer simple addition, learn songs, rhymes and Bible verses, read through the use of phonics, be able to sound out their first words, learn to write lowercase and capital letters of the alphabet, continue to learn about the seven continents, United States, presidents, world leaders, and inventors.

If you have further questions regarding our early childhood education program or any other aspect or our elementary school, please contact us.

Get To Know Us